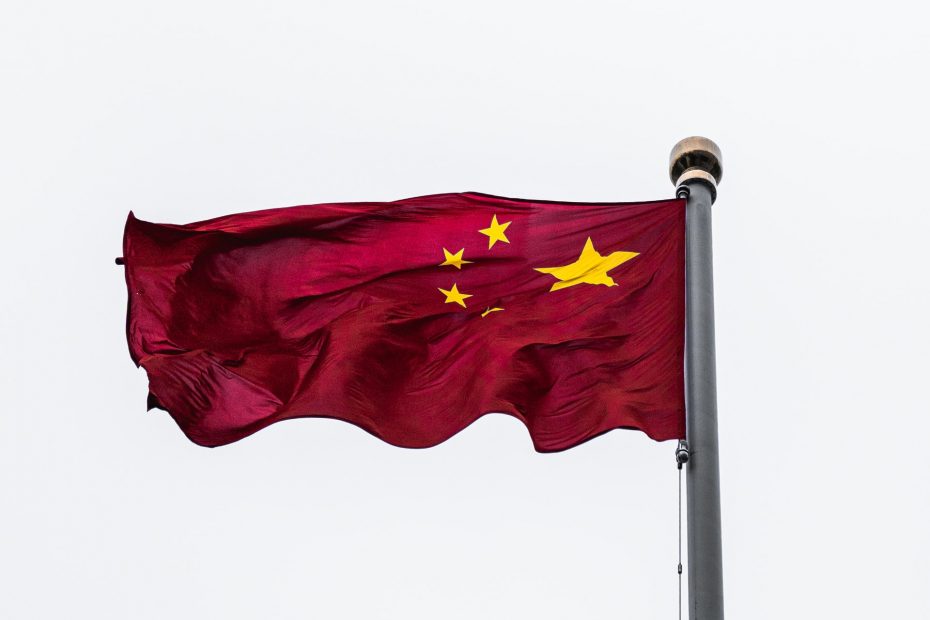 Beijing Foreign Studies University is one of the best and cheapest university that every international student should consider. With over 8,000 students close to 1,000 of them are international students, BFSU campus accommodates 21 schools and the National Research Centre for foreign language education. It also offers the largest number of bachelor’s degree programs in over 60 different languages not to mention that these includes degree program and short courses in over 80 languages. In other words,  As one of the oldest language programs providers in China, BFSU offers the largest number of foreign language majors on different educational levels. The Estimated Tuition Fee ranges from USD 4,300 to USD 5,600 Per Year.
So if you are looking to study any language related major, international relations, or politics, search no more, Apply to BFSU.  There are other undergraduate programs in translation and interpreting, diplomacy, journalism, international economics and trade, politics and governance, law, among others. Business Administration is also a very popular major among international students due to the fact that it runs an international business school with English-taught courses.

Nanjing University is a public educational institute that part of the cheapest university in china for International students with a tuition of  USD 3,250 and USD 5,350 each year, an Undergraduate Tuition Fees between RMB 5,200 (USD $800) annually and a Graduate Tuition Fees around RMB 10,000 (USD $1,500) Per Year. Nanjing University has been restructured a number of times since its inception in 1902 in order to uphold its quality and programs.
Nanjing University is profound in the fields of Liberal Arts, Foreign Studies, Business, Journalism & Communications, Physics, Astronomy & Space Science, Chemistry & Chemical Engineering, Geoscience, Life Science, Medicine, Environment, and Architecture, to mention a few. It runs over 20 schools, 1 college, and various academic and research centres. Nanjing University is known for being the most selective in China, its doors are open however, for international students. The three campuses that NU runs are situated in Pukou, Xianlin, and Gulou. With these campuses, it accommodates the total population of over 37,000 students of which 9% are international students.

Shenzhen University (SZU) is one of the most recent universities in China that we consider cheap for international students with an estimated tuition fee of USD 3,650 and USD 5,650 Per Year. It is considered as a modern university because It has campus  with over 30,000 internet connections and 99 % of their classrooms and lecture rooms have been digitised. It has 27 colleges with 162 undergraduate, graduate, and postgraduate degrees. In the case of research, it has 12 laboratories, centers, and institutes. Shenzhen university in China has two campuses and a third one is under construction, it shelters over 35,000 students of which 1,000 come from other countries. 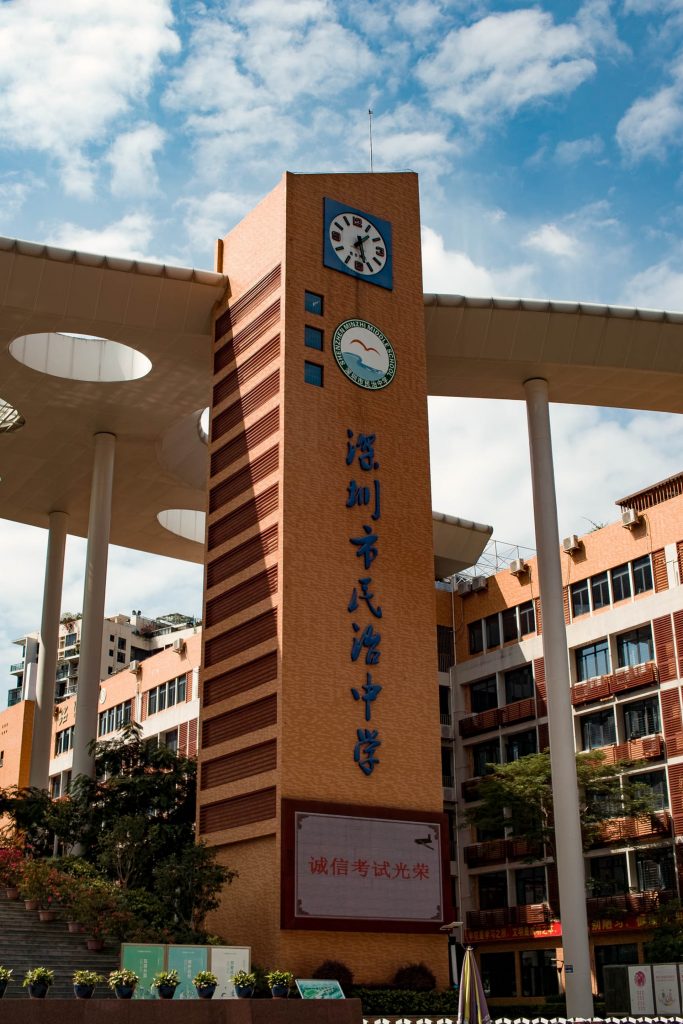 Nankai University is listed as the ‘North Star’ among China’s higher education institutions, as it has since its founding in 1919 built a strong academic reputation and has gathered many academic leaders over the years. Nankai University’s tuition Fee ranges from USD 2,815 to USD 7,050 annually and that is why its on this list of cheapest universities in china for international students. With 14 colleges, 11 schools, and three academic institutes, it covers a large array of graduate and professional programs and it also offers vocational education and distance education to suit the need of every students, it equally runs degree programs and the university enrich its students at very level with hundreds of options to satisfy their personal academic goals. No wonder it has ranked 368th place in the QS World University Ranking and is considered as one of the most standard universities bagging the scientists and Nobel laureates among its alumni and faculty.

Wuhan University of Technology is also one of the cheapest university that international students should consider. WTU delivers close to 300-degree programs to over 50,000 students. It awards degrees in arts, economy, law, foreign languages, sociology and offers distance and vocational education. Although it concentrates on STEM programs. The institution competitive programs that international students may consider includes Philosophy, Language &Literature, Art, History, Law, Economics, Physics,Mathematics, Chemistry, Engineering, Medicine, and HealthSciences. The estimated Tuition Fee ranges from USD 2,815 and USD 6,350 yearly.

See also  The Ultimate Guide on How to Study Abroad Without SAT, IELTS, or TOEFL

Another cheap university that International students could purse is Tianjin University, with five campuses, it offers close to 200 degree programs at the three different levels of education. It also runs 15 post doctoral programs that focuses on research. TJU has more than 200 research laboratories,institutes, and centers. It is affiliated with many industries andcompanies to offer training and research project and their tuition is around USD 2,815 and USD 5,500 Per Year. TJU is a great choice for those who’d like to pursue a major in engineering since it is the main focus of this university. Established in 1895, its research and scientific project have won hundreds of prizes.

Zhejiang University is one of china’s oldest and prestigious institutions that is affordable for international students, the annual tuition fee is about USD 2,785 and USD 6,000. ZJU runs seven different campuses with 37 colleges and schools, it also has seven affiliated campuses, 18 affiliated research centres, and over 50,000 students. The oldest location is Huajiachi, where the College of Agriculture and Long-Distance Education is located, on the other hand, the School of Laws is sited in Zhejiang. While the Yuquan branch houses the Colleges of Physical Science, Computer Science, and Engineering. The Psychology, Behavioural Science,Marxism, Education, and Humanities departments are located in Xixi.

Tsinghua University is among the prestigious higher education institution in China, and it is also affordable for international students who have interest in studying in China. The tuition fee is estimated from USD 4,300 to USD28,150 yearly. This university is considered as one of the best in china because its Alumin has great profiles, many leaders including Chinese presidents, politicians, scientists, and Nobel laureates attained their degrees here.

Next on our list of cheapest universities in China for international students is Chongqing University , the tuition fee ranges from USD. 4,300 and USD 6,900. The University admitted about  50,000 students who have chosen one of its 400 degree programs. CQU is divided into four faculties of information science and technology, arts and sciences, built environment, and engineering. CQU facilities include a publishing house, research laboratories, multi-media classrooms, and a city college of science and technology. It also runs an exchange programs with over 100 universities all over the world.

The tuition Fee for Fudan university starts from  USD 7,000 to USD 10,000 annually, Fudan University is a well known university in China that is affordable for international student to continue their study and for a long time now, It has been granting degrees to students from various country. This cheap university has campuses in the city of Shanghai and offers nothing less than 300 undergraduate and graduate degree programs organised into 5 colleges with which it teaches 45,000 students, and 2,000 are international students. Degrees available in English are mostly master’s and doctorate degrees. and its alumni include prominent figures in politics, science, technology, and humanities. It In case you’d like to spend a semester in a third country, Fudan University has cooperation programs with more than 200 universities overseas.

It is important for you to know that the above listed university have been carefully selected because they are relatively cheap and the offer various programs that international students can also take despite the fact that they are Chinese Universities. You don’t have to worry about the language barrier and their tuition fees are very very affordable for international student. Just so you know, the benefits of studying in the world’s superpower is numerous, the chances of job opportunities are very high.