Japa To UK? 10 Cheapest Yet Standard Universities You Must Consider

Studying in the UK is very expensive, therefore we compiled the list of the Cheapest Universitiesthe  In the United Kingdom. There are many universities in the United Kingdom, and each of these universities has varying tuition fees and some other expenses. However, everyone seeking an affordable option will likely find one. And what’s even better, this is not done at the cost of your degree. Following a governmental decision that came into power in 2017, British universities are allowed to charge home students tuition fees up to  £9,250. At the same time, universities independently set their tuitions policy for international scholars.

Which is the Cheapest University in the UK for International Students?

To be honest, this is a high amount of money and for many may not be able to afford it. Knowing that the UK is one of the most expensive countries to live in, imagine taking into consideration other expenses that come into play in your life as an international student. For most of us, this would turn to study in the UK an impossible mission.

There are many cheap universities in the UK both for undergraduate and postgraduate programmes. Before anyone might think about migrating to the UK, the tuition fee is the major thing that should be considered. There is no point arguing because universities in the UK are so expensive, and it is one of the reasons international students are in search of scholarships.

According to research, the primary reason why studying in the UK is expensive is based on living expenses such as house rent, feeding, transportation, and many others. There are universities in the UK, that charge the same minimum of £9,250 for international students as for home students.

Best 10 Cheapest Universities In the UK For International Students

The University of Wolverhampton is a well-recognised public university with four campuses in the West Midlands, Staffordshire, and Shropshire. The university has four faculties comprising eighteen schools and institutes. It has 18,875 students and currently offers over 500 undergraduate, postgraduate and doctorate programmes in Arts, Engineering, Basic and Social sciences, Architecture, Education, Environmental Studies, Liberal Arts, and Management.

The university offers over 1600 places in Halls of Residence across three campuses, including over 1000 rooms with en-suite facilities. It is one of the best Cheapest Universities In the United Kingdom that an International student should consider.

The University Of Stirling

Stirling has been named the UK’s most affordable city five years in a row by Lloyds Bank (Lloyds Bank’s Affordable Cities Review 2019). The cost of living in Stirling is more than 40 per cent lower than in London and some other cities. The University of Sterling was founded in 1967 through a royal charter, the University of Stirling is a public institution that caters to 8,565 undergraduate and 3,935 graduate students. Located in the Scottish Central Belt, it boasts a beautiful campus that spans 330 acres.

The University Of Chester

The University of Chester is dated to 1839. Throughout this long history, The university has maintained its glory as a centre of quality higher education since its creation. Not only that, but the institution is also one of the most affordable universities in the U.K. However, this largely depends on your level and choice of course. Here is a list of the tuition fees you’d expect at the University of Chester as an international student:

The University of the West of Scotland formerly the University of Paisley, is a public university with four campuses in south-western Scotland, in the towns of Paisley, Blantyre, Dumfries and Ayr as well as a campus in London, England. The present institution dates from August 2007. Across its four campuses in the West of Scotland and London, there are around 17,000 students from more than 70 countries worldwide. The average tuition fee ranges between £13,250 and £15,750 for international students, depending on your course.

The University of Bedfordshire

An international student progressing to a higher level degree will receive, in the first year only of the new course, both a £1,000 VC Scholarship and a £500 alumni discount. Additional discounts of £500 are available for prompt payment of the first year fees in full, before or at registration (undergraduate and postgraduate).

It also offers vocational training in education, nursing and social care. Cumbria has the highest number of outdoor study degrees in the UK, taking advantage of its location in the Lake District. The tuition fee for international students ranges from £12,000 to £15,000 depending on the course you enrolled for. The University of Cumbria provides the lowest cost student accommodation in the North West. It charges £10 per night.

Westminster tuition for foreign undergraduate students varies according to your course of study. Full-time studies cost £18,870 while part-time courses cost about £14,153.

The University of Westminster takes pride in its rich history. Since its inception as The Polytechnic in 1838, it has been providing students with academic excellence and vibrant culture. It offers a plethora of courses ranging from, architecture and Interiors to Computer Science and Software Engineering, from Business and Management to Journalism, Digital Media, and PR. The University of Westminster is spread across four different campuses, three of which are situated in Central London.

One of the campuses is situated on Regents Street with several university buildings clustered around the same area. The university welcomes students from all parts of the world from different backgrounds. No matter what your field, if you are an international student looking for quality education, the University of Westminster is your go-to place.

It is home to scores of world-class institutions that offer education to students across several disciplines and fields. Not only do you get the best in education but also practical exposure in your immediate environment. Therefore, highly recommended for International students as one of the best Cheapest Universities In the United Kingdom

With an annual fee of  £11,000, it is the third institution to be ranked third among the cheapest universities in the United Kingdom for international students and is split across three campuses in High Wycombe, Uxbridge, and Aylesbury. It’s a good option for those who want to be close to the sights and attractions of nearby London, without spending too much on tuition fees.

At the University of Buckinghamshire,  the fast-track schedule helps finish your undergraduate degree sooner and be out in the workforce up to a year earlier than if you went to another university. When living costs are included, our students pay about 20% less than they would on a three-year course at a university charging £9,250 for tuition.

Leeds Beckett offers quality education and skills at affordable prices. The university while partnering with numerous companies and organizations, it ensures that students get the best jobs after completing their studies. It offers one of the lowest tuition fees among British universities.

University of the Highlands and Islands

The University of the Highlands and Islands was founded in 1992 before gaining full university status in 2011. It is a partnership of 13 colleges and research institutions spread across the Highland islands, with locations as diverse as Inverness, Perth, Elgin, the Isle of Skye, Fort William, Shetland, Orkney, and the Western Isles available to study. 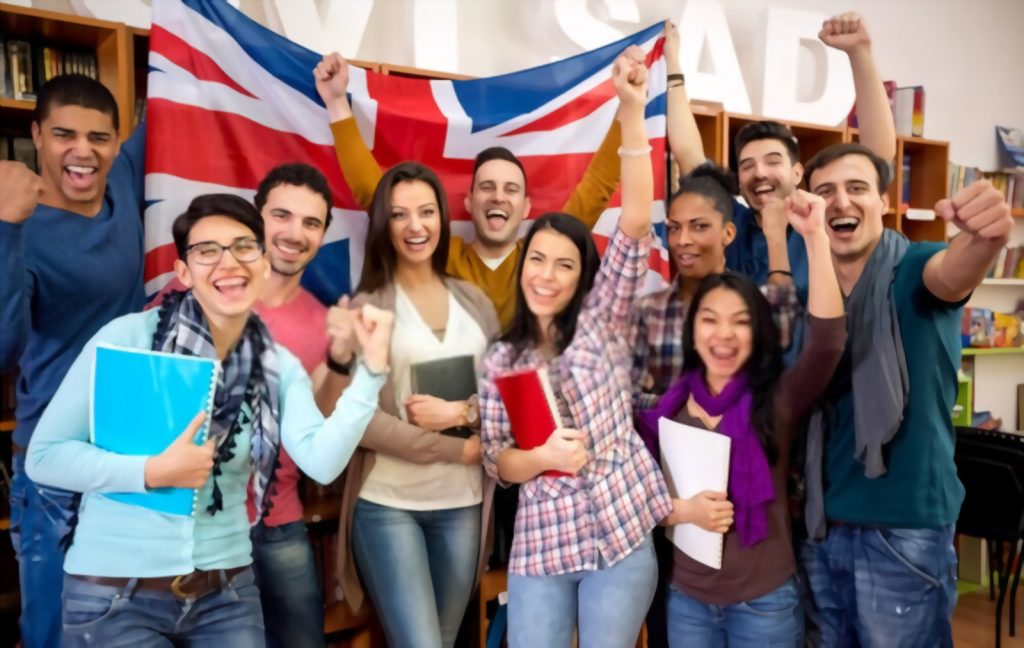 low-cost universities in the UK for international students

Studying in the U.K is great but studying at an affordable university is greater. Nothing beats being able to pay your fees without worries. A large chunk of students from all over the world flood UK every year to study, this is not far from the fact that the UK higher education and qualifications have a remarkable international reputation and the UK degree is globally by international universities, top employers, and government bodies, creating a huge number of chances to get placed with leading companies.

The universities in the U.K are inspected regularly by the Quality Assurance Agency for Higher Education to make sure that they maintain the high standards of learning which are expected. As a student, you will be taught by the world’s leading academics. Need I mention that the U.K affords her international students to work part-time during their studies? Nobody wants to work and spend their entire savings on tuition fees. If you want to save some money while you get a quality education, pick one of the cheapest universities in the UK for international students listed above and actualise your dreams!

Tags:Cheapest Universities for International StudentsStudying in the UKUniversities In UK
previousWhat Do Consumer Durables Jobs Pay? (In 2022)
nextBest Amazon Work From Home Jobs