Want To Study in Australia? This Is All You Need To Know: Admissions, Scholarships, Financial Aid, Visa 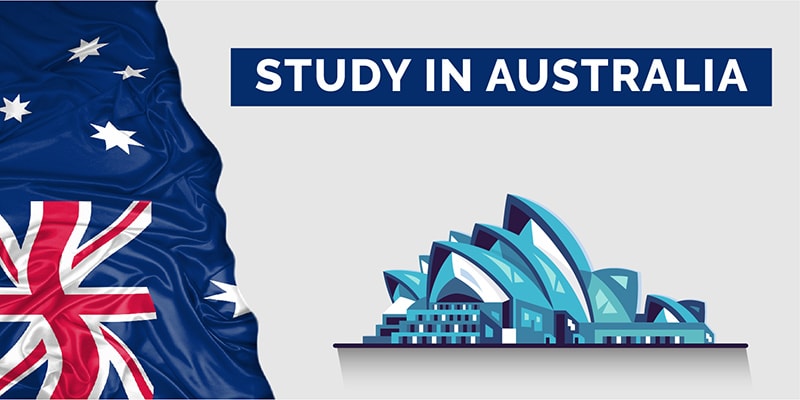 Experience a cutting edge education by studying In Australia and get ready for a world of learning and career opportunities in a safe, welcoming environment. Australia is known globally as one of the world’s most diverse and welcoming countries. Australia is the biggest island in the world, the sixth biggest country in the world in land area, and the only nation to govern an entire continent. Many people around the world know Australia for being a beautiful country but it’s also enjoy world-class quality of living, with six of their cities in the top 40 cities in the world.

Study in Australia, Admissions, Scholarships, Financial Aid, Visa – All You Need To Know

Facts about studying In Australia

It’s a fantastic way to further your education and boost your career prospects. According to the official government web page created to sensitize people who are willing to Study in Australia.

Australia has an outstanding higher education system. With over 22,000 courses across 1,100 institutions, their system is ranked 8th Universitas 2019 U21 Ranking of National Higher Education Systems, higher than France, Germany, Norway and Japan.

International students report almost 90% satisfaction scores for their living and study experience in Australia 2018 Department of Education International Student Survey. Recent sentiment surveys conducted by Study Australia have found that more than 80% of onshore students intend to finish their studies in Australia, indicating they are very satisfied with the quality of their education they have been receiving.

According to QS Best Student Cities 2019, almost all of their major cities – Melbourne, Sydney, Brisbane, Canberra, Adelaide, Perth and the Gold Coast – are in the world’s top 100 student cities.

The Australian Government has invested more than A$300 million in scholarships for international students. Australia offered over 3,000 Australia Awards scholarships and short courses to students from over 55 countries in 2019.The Australian Government has also offered a range of support and flexibility options (for visas, for example) to help onshore students cope with the impacts of the COVID-19 pandemic.

Over the past 50 years, 2.5 million international students have graduated from Australian educational institutions, according to the International Education Association of Australia. These graduates are now part of a global alumni network that is making an impact around the world. Australian universities have produced 15 Nobel laureates. From the 1945 prize for the discovery of penicillin to the most recent prize in 2017 for the International Campaign to Abolish Nuclear Weapons, Australian graduates are high achievers.

Australian Education Compared To Other Countries

Australia’s education system is similar to both that of New Zealand and the UK, with students able to study for their Bachelors and Masters degrees, and Doctorates. In terms of the US, there are greater similarities than differences. However, one area where Australian schools trump their US counterpart is when it comes to student results, which are higher in all categories – a distinction attributed to a higher standard of teaching and subject matter.

Another difference is the academic year which, in the Northern Hemisphere starts in September but in Australia and New Zealand, begins in February.

All You Need To Know About Studying In Australia

When we think of Australia, coral reefs, beautiful sandy beaches, and some frightening wildlife come to mind. But there’s a lot to know about this island nation. If you’re considering studying abroad in Australia, it’s important to do some research about the culture, food, history, and social norms. Otherwise, you may find yourself in a bind or facing some difficult surprises once you’re abroad.

Whether you choose to study in Australia with ISA, TEAN, or your own university, there are a few things your advisor may have skipped over in your pre-departure orientation package. From the logistics of getting your visa to being prepared for the cost of living to knowing NOT to call ladies “sheilas,” there’s a lot you should know about Australia before you hop a plane to the land down under.

To study in Australia for more than three months, you will need a visa. The process for applying is fairly easy. It’s all done online and it is virtually linked to your passport — no embassy visits or waiting for it to arrive in the mail.

Many international students traveling and studying in Australia will want to have a private health insurance plan in place for the full duration of their time abroad. It’s important to think about what type of coverage you’ll need and if you plan to do any international traveling.

3. Where You Want To Study

There are a lot of different kinds of places in Australia for you to choose from on your study abroad trip. Certain areas may be better for you depending on what you study. If you’re a marine biology major, then perhaps Queensland near the Great Barrier Reef might be a good option. If you’re a business major, maybe studying abroad in Sydney might be a better fit.

Sydney and Melbourne regularly make the top ten lists of the world’s most expensive cities. From housing to groceries, prepare to experience some sticker shock and make sure to have a good chunk of change saved.

5. Work and Study Opportunities in Australia

Australia gives those with a student visa automatic permission to work. International students must find a job on their own, but once hired, they will gain hands-on experience in a number of fields including retail, administration, and hospitality. Considering the high minimum wage in Australia, it may well be worth it! (And a great way to meet people in your new city.)

The key to success is to budget ahead of time and secure financial assistance. Once you have verified your costs, the next step is calculating how much you and your family can afford. International organizations, international scholarships, international student loans, and private Australian organizations can be important funding sources that can help you study in Australia.

If you are going to Australia in the northern hemisphere’s summer, for example, you’ll be flying straight into winter. And despite the images of sunshine and beaches that may be swimming in your head, if you are studying in one of the big cities in the south (like Sydney or Melbourne) it WILL get cold. Make sure you pack accordingly.

Wherever you are studying, there are surely plenty of amazing things nearby, and you can probably swing one big trip, but manage your expectations about seeing the whole country.

9. Study Up On The Country

Impress your host country citizens by knowing a bit more than the average Joe, and do your due diligence to be a respectful and well-informed visitor. Regardless of which study abroad program you select, you will most certainly get a feel for Australia’s infamous laidback attitude, appreciation for nature, and overall contagious good vibes.

If you’re going to be receiving Australian grades, it’s worth looking into what they mean. A “D” is in fact a pretty good grade! Most Australian universities use HD (High Distinction), D (Distinction), C (Credit), P (Pass), and F (Fail) as their grading system. So don’t freak out when you get your first “D”!

Australia has about 43 universities, 15 of which are ranked in the global top 250 according to the latest edition of the QS World University Rankings. Here are five(5) of these, in turn are in the world’s top 100:

Founded in 1946, ANU (Australian National University) is regarded as one of the finest research universities in the world, and numbers amongst its alumni and current faculty members two Nobel laureates and 49 Rhodes scholars.

Founded in 1853, it is Australia’s second oldest university. Four Australian prime ministers and five governors-general have graduated from the University of Melbourne. Nine Nobel laureates have been students or faculty members, the most of any Australian university.

The oldest university in Australia, having been founded in 1850, US (University of Sydney) has been affiliated with 5 Nobel laureates amongst its graduates and faculty and 110 Rhodes scholars, and has seen seven future Prime Ministers, two Governor-Generals of Australia, and nine state governors pass through its doors.

A founding member of the Group of Eight, a coalition of leading research-intensive Australian Universities, UNSW (University of New South Wales) counts amongst its alumni former Australian prime ministers, state and federal ministers, Australian international cricketers, past and present, and two kings.

Types of Degree To Study In Australia

There are three main types of degree programme which can be followed:

It takes three years to complete a Bachelor’s degree – or four if studying for an honour’s degree. the year is usually split into two terms, not three.

The minimum entry requirement for admission on a degree course is a high school leaving certificate or equivalent; evidence of English language proficiency might also be required. Some practical or vocational course might also require a portfolio, audition, or successful completion of work placement.

A Master’s Degree normally takes one or two years to complete. Requirements vary between universities, but most require a successful completion of a Bachelor’s Degree first, with a 2.2 grade or higher.

A PhD usually takes three years to complete, and is only normally undertaken when somebody has acquired a Master’s Degree first. As in most other countries, a written thesis is required but, unlike other jurisdictions, there is no stipulation that work then needs to be orally defended.

All undergraduate and post-graduate courses in Australia are taught in English. In some cases, those whose first language is not English may need to prove their proficiency in the language, before they are accepted on a course, by taking a recognised language test.

2 thoughts on “Want To Study in Australia? This Is All You Need To Know: Admissions, Scholarships, Financial Aid, Visa”